I’ve been working in the SEO industry for around a decade now.  Over that time, I’ve been involved in every aspect, but with my background in writing (and that being my entryway into the industry), in more recent times I’ve generally found myself focusing more on the content side of the strategies.

Importantly, this hasn’t been to the detriment of other factors, but simply that when there’s been a team working on a project, I’ve naturally found myself driving forward the content production and delivery.

So when I joined Leighton in November, one of the most appealing aspects of the role was the fact I’d be overseeing the entire SEO offering.  Not just focusing on content, but the more technical aspects, too, it instantly took me back to the early days of my career and the thought of being involved in such variety was genuinely an exciting thought.

Upon starting Leighton, I began by completing a full SEO review for Leighton itself, and this obviously included an in-depth backlink analysis to determine the quality and relevance of all links pointing to the Leighton.com domain.

Previously a task completed by colleagues when working at other agencies, it was great to get truly involved in this side of SEO once again.  Bringing up a number of interesting points, there are four that I not only wasn’t expecting to find, but which completely changed the way I was approaching some aspects of the SEO strategy overall.

From past experiences, I’ve always found it a challenge to get colleagues on board with in-house content production.  There’s always a wealth of knowledge available across internal teams that can be fantastic to share on the company blog, for instance, but it’s not often the case that people are forthcoming to contribute.

As such, when I joined Leighton, I automatically assumed people here would follow suit, having information to share, but not wanting to put it down to form part of even a semi-regular blog posting schedule.

Therefore, I was completely surprised – and over the moon – when during the completion of the backlink analysis, I discovered several members of staff were publishing content frequently on a variety of third party blogs and websites.

Covering numerous different topics that truly displayed their knowledge and experience, I soon backtracked on my belief that no one in-house would be able to contribute to the content side of SEO, and instead began compiling a strategy that incorporated several members of staff providing content on a regular basis.

Some strange and unusual techniques came to the surface

As I’m sure most will agree, when you start a new role, it can be difficult learning and understanding everything about the company and what’s happened in the past straightaway.

Whilst I had some good talks about the company’s digital presence and activity, one thing cropped up when carrying out the backlink analysis that hadn’t been touched on – and this was that there was a considerable number of domains redirecting to the main company website.

Although redirects themselves don’t necessarily have a negative effect on SEO in the traditional sense assuming they’re implemented correctly (which these were), they can cause several problems.

For example, when viewing the website statistics in Google Analytics, it was now clear the data wasn’t accurate, in the sense that it was essentially showing traffic not just for the main company website, but the several dozen URLs that were redirecting.

By adding a segment to Google Analytics, I could instantly remove any traffic that came from a redirect, giving me a much more accurate representation of the traffic that was actually looking to visit Leighton.com directly.

Similarly, the experience for the end user has to be taken into account – if someone is trying to access a domain, but keeps getting redirected, there’s the possibility they’ll become disenchanted with the site, and the overall brand, to which they’re being redirected to.

Focusing on this of course begins to blur the lines between SEO and branding, communication, marketing and sales even further, but it’s undoubtedly something that needs to at least be investigated to determine if any action needs to be taken.

I learnt the truth about previous SEO tactics

Firstly, I have to say that this sub-heading makes it sound as though something was intentionally hidden from me – that wasn’t the case.  It’s simply that, as I’ve seen with SEO many times in the past, it’s often been implemented sporadically as and when the opportunity arose, meaning that for someone who has started the organisation in the last five years, they may not know exactly what happened with a certain aspect 10 years ago.

Being under the impression little had happened in the way of regular SEO previously, my initial findings confirmed this.  As soon as I began the backlink analysis, however, I discovered a large number of poor quality links.

Generally coming from traditional directories, the vast majority were first discovered several years ago, to the extent where it wasn’t clear who had actually set about securing them.

Whilst toxic links such as these aren’t surprising to discover, the point here is that just like my note above about writing off internal resources, it’s important not to make assumptions, particularly at the start of a SEO strategy.

When I started, everyone was of the genuine belief nothing major had implemented as far as SEO was concerned.  As such, I could have ignored analysing the backlinks until further into the strategy when I knew backlinks were being generated from various sources.

Instead, by carrying out one of the basic processes in SEO as standard, it highlighted a number of toxic links that if left unactioned, could have prevented the SEO strategy from seeing the levels of success anticipated.

One of the most enjoyable parts of SEO for me personally is the outreach process.  I love researching a client’s audience, discovering where they’re active and developing and maintaining relationships with industry-relevant figures for content publishing opportunities.

As enjoyable as it is, however, it’s always beneficial when there are existing relationships in place, or even simply potential contacts, that I can be introduced to – and this is exactly what I discovered via the backlink analysis.

Coming across articles on the BBC and The Drum websites, for example, a chat with the team not only highlighted we had good relationships with contacts at both of these websites, but also at a variety of others.

Of course, these relationships would have no doubt come to the surface when we started looking at outreach, but by discovering them at this stage, it simply made the process more effective and efficient.

Writing here on the DailySEOblog, we all know (or should know!) the importance of regular and in-depth backlink analysis to determine the quality and relevancy of all links directing to your site.  And the point of this post isn’t to highlight how important this is.

Instead, I wanted to showcase the impact processes such as this can have on the wider SEO strategy.

SEO is no longer something where you can follow a set, prescribed path, adding 2 and 2 to get 4.  So much needs to be taken into consideration across so many different channels and resources that you need to take a much wider view of the strategy, not believing that a process has only a ‘tunnel vision’ effect, impacting only on its direct, end result.

One of the most interesting and exciting industries to be involved in (something I genuinely believe to be true), I love the fact it’s constantly changing, developing and evolving – and the outcome of my first backlink analysis in several years, above all else, has shown just how varied and far reaching each and every individual aspect truly is.

How To Start With Search Engine Optimization

10 Tips To Setting the Stage for Big Enterprise SEO 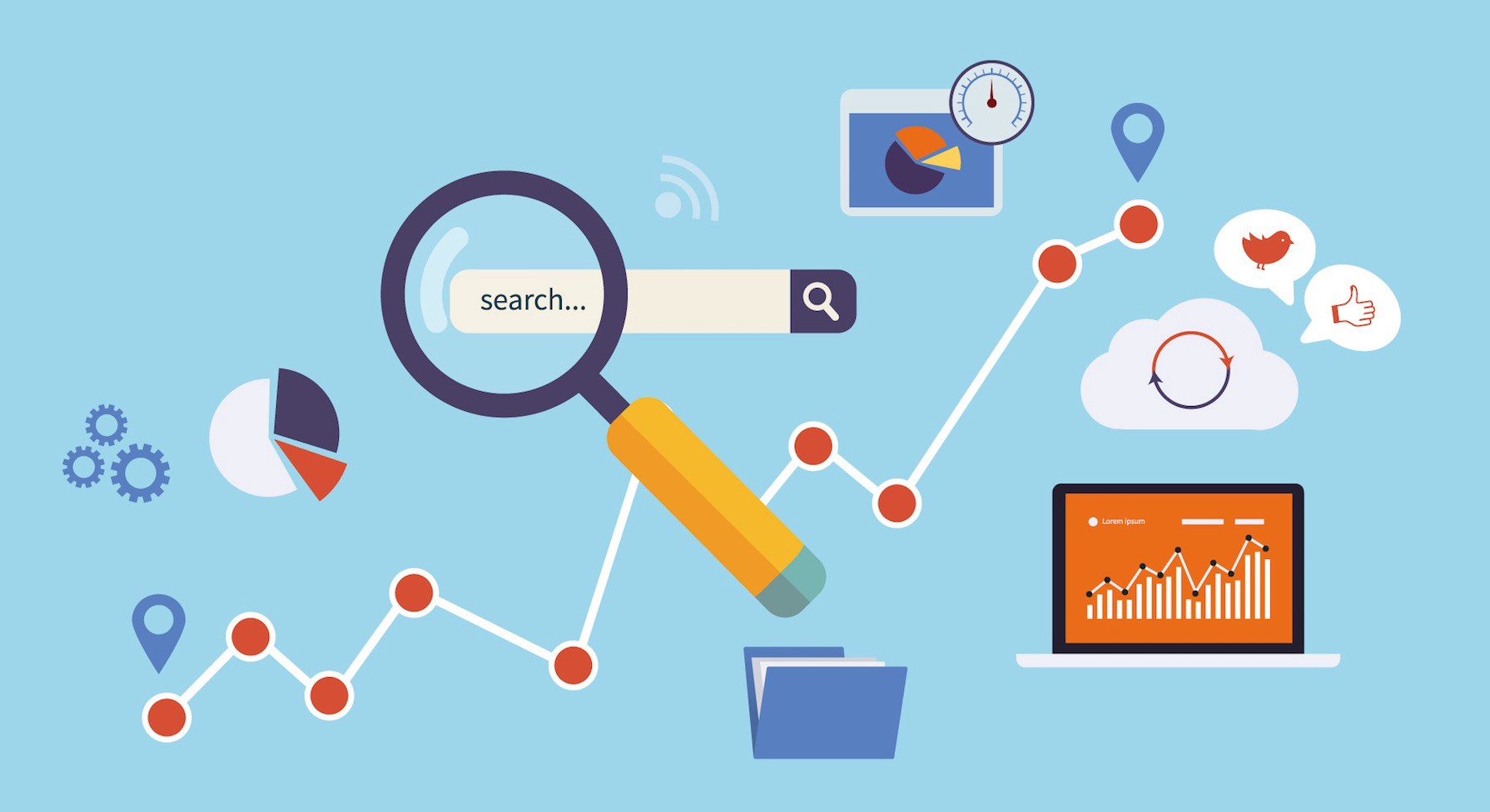 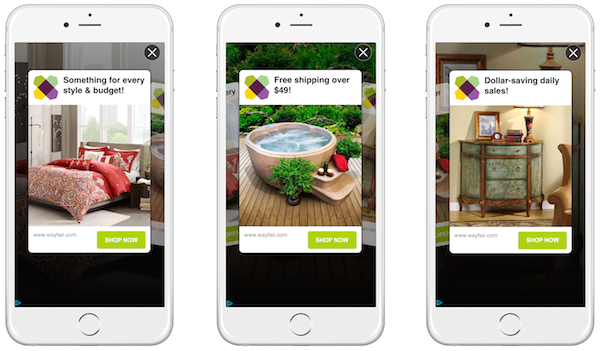 How To Check If Your Robots.txt File Is Working Properly